BE SURE TO VOTE ON MAY 6TH 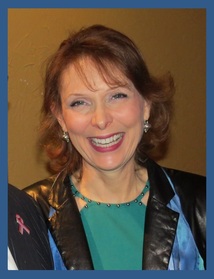 My name is Judge Cheryl Waite, and I ask for your vote on May 6th to re-elect me to the 7th District Court of Appeals. Our court reviews and either affirms, overturns, or modifies cases from 74 trial judges in 8 Ohio counties, from Mahoning county south to Monroe county along the Ohio River.

I have been a judge on the 7th District Court of Appeals since 1997, the first woman ever elected to that position.  I have written over 1,100 opinions and ruled on over 3,500 appeals since taking office.  I also spearheaded the design and building of a much-needed new Court of Appeals courthouse in 2006, located on Federal Street in Youngstown, Ohio.

During my time on the court, I have been a leader both professionally and in the community, whether by sitting from time to time as a judge on the Ohio Supreme Court, or as an officer of the Ohio Court of Appeals Judges Association, or by overseeing a multi-million dollar renovation project during my term as president of the Youngstown YWCA.

I have served the court, as well as the community, faithfully and diligently these past 17 years, and would like your vote on May 6th in the Ohio Democratic Primary Election so that I can continue serving as judge for the next six years.